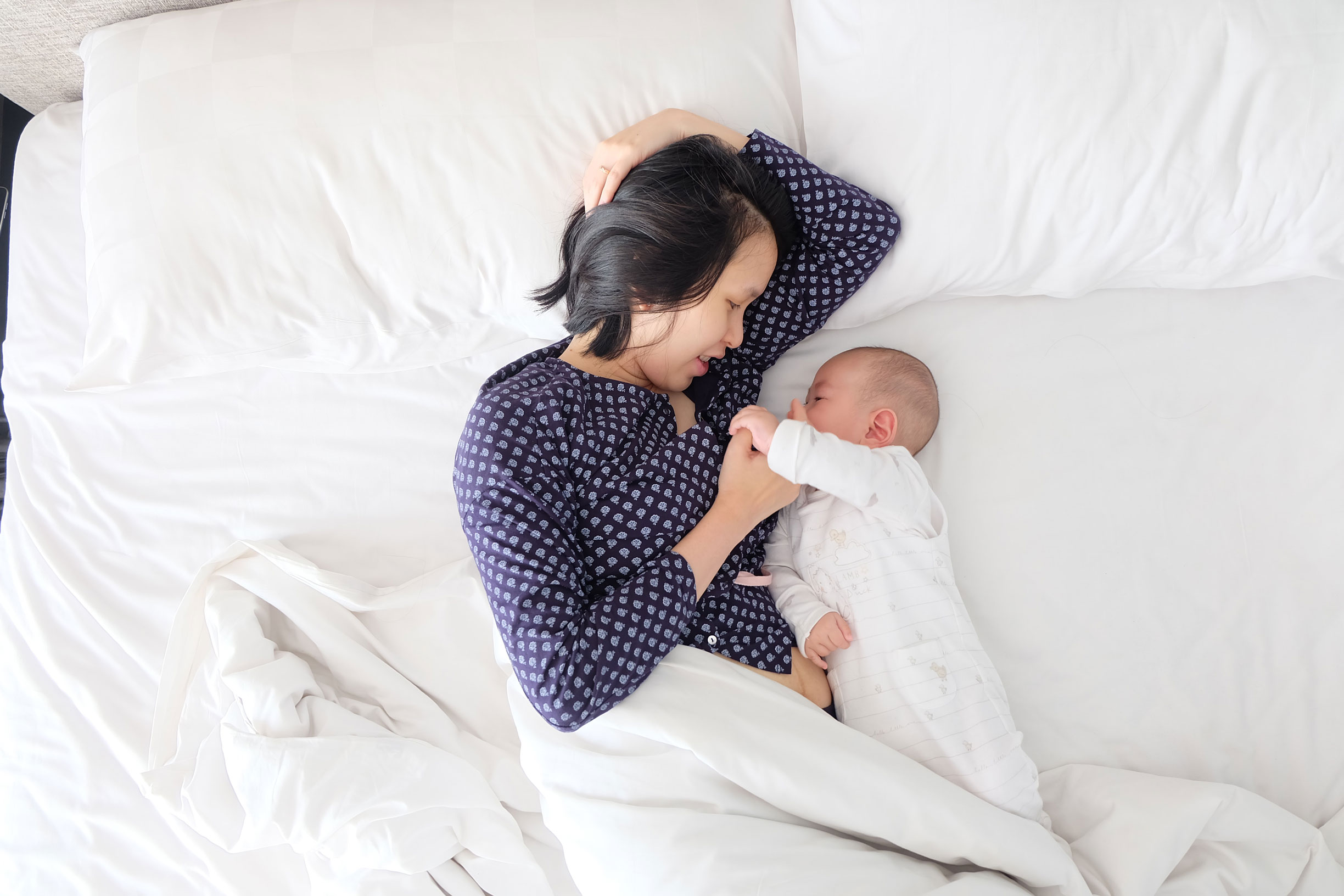 Are you experiencing pain during or after breast pumping? Even though sore nipples are a common problem, pumping should not hurt.

Some moms assume pumping should be painful. Not so! “No pain, no gain” does not apply here. Painful pumping means something needs to be adjusted. What’s causing the pain? The following are the two most common culprits.

The strongest pump suction is not always the most efficient and does not always pump the most milk. In fact, too-high suction can actually slow your milk flow. Instead, set your pump at the highest suction that feels good to you…and no higher. If you’re gritting your teeth, turn it down!

Pumping milk is not like drinking through a straw. With a straw, the stronger you suck, the more you get. But with pumping, most milk comes only when a let-down or milk release happens. Without a milk release, most of your milk stays in the breast.

What is a milk release? Hormones cause muscles in the breast to squeeze and milk ducts to widen, pushing the milk out. Some mothers will feel tingling while others will feel nothing.

A milk release can happen from a touch at the breast, hearing a baby cry, or even from thinking about your baby. Alternately, feelings of stress, anger, or upset can block milk release.

Many mothers pump comfortably with the standard size flange (25 mm diameter nipple opening). But if pumping hurts even on low suction, this is most likely a sign that you need another size. If the standard flange is too small or too large, a better-fitting flange will feel more comfortable and may even allow you to pump more milk.

Flange size – and your fit – is determined by the width of the flange opening. To check your flange fit, watch your nipple during pumping. Your nipple should move freely in the breast flange tunnel. If there is a little space around your nipple as it’s drawn into the flange’s nipple tunnel, you have a good fit. If your nipple rubs against its sides, the flange is too small. And if too much of the areola is being pulled in or if your nipple bounces in and out of the tunnel, it is too large.

Nipple size changes with birth, breastfeeding, and pumping. This may mean that the pump flange that fit when you first started pumping may need to be changed the more you pump. For that reason, you’ll want to recheck your flange fit from time to time. Thankfully, Ameda has several different flange sizes available so you can go larger or smaller, as needed.

Other Causes of Breast or Nipple Pain

There are other possible causes of pain during/after pumping that are related to breast and nipple health. If your pain doesn’t seem to be caused by a high breast pump suction or a poorly fitting flange, it is time to ask more questions and seek assistance from a professional.

Do you have nipple trauma (broken skin on the nipple)? Could you have a bacterial infection of the nipple (can occur with a history of nipple trauma)? Do you have an overgrowth of yeast (also known as thrush or candida)? Is mastitis a possibility? Does your nipple turn white, red, or blue after pumping? If so, see your lactation consultant or another health-care provider to rule out other possible causes, including Raynaud’s Phenomenon.